Romain Cayre, PhD student within the Dependable Computing and Fault Tolerance - TSF team, has received a Best Poster Award at the 14th ACM Conference on Security and Privacy in Wireless and Mobile Networks - WiSec 2021. Initially planned at Abu Dhabi (UAE), the event took place virtually from June 28 to July 2, 2021 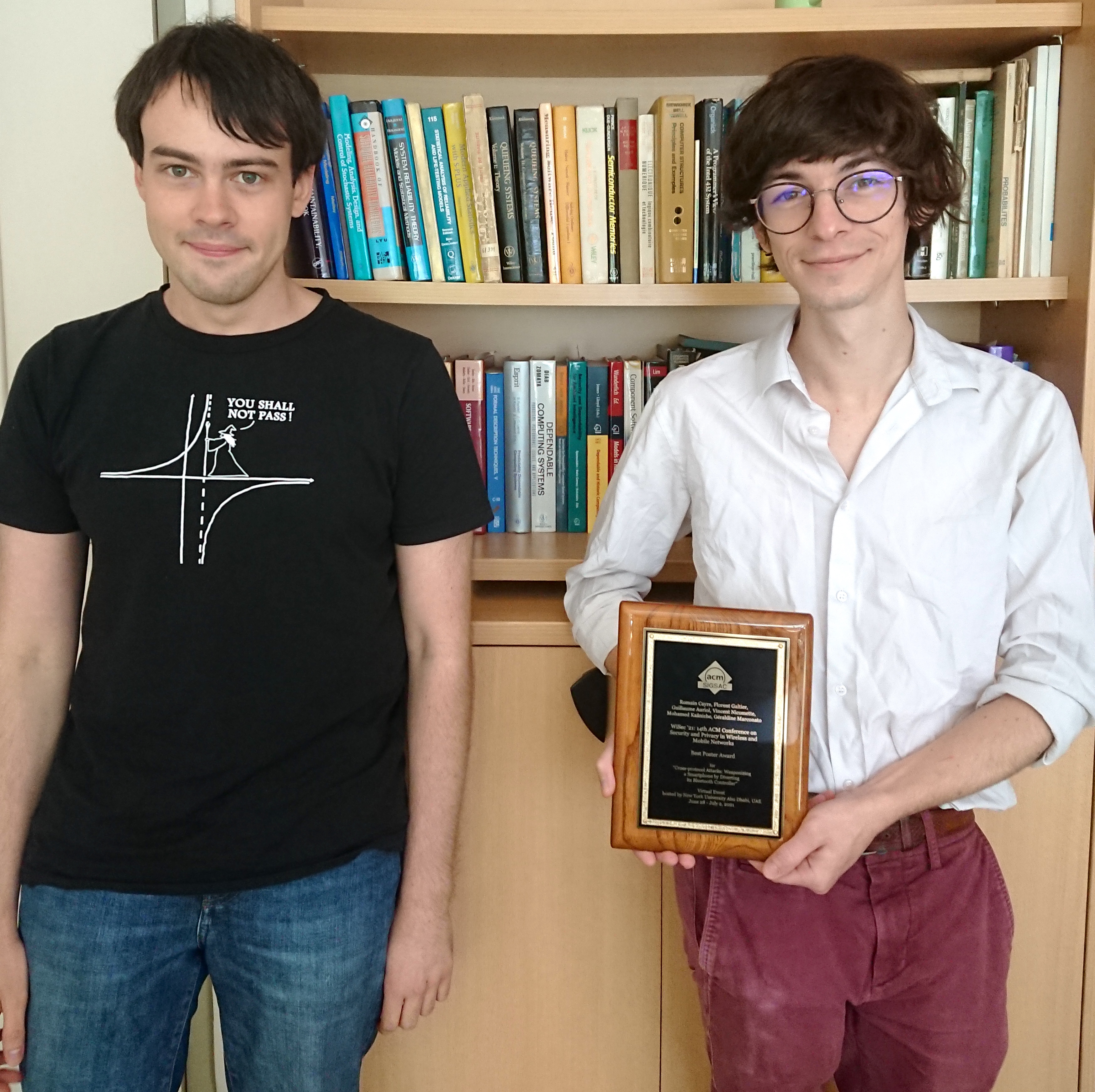 He was awarded for his paper entitled « Cross-protocol attacks: weaponizing a smartphone by diverting its Bluetooth controller » which demonstrates the hijacking of the Bluetooth controller of a Android smartphone to implement inter-protocol pivotal attacks, i.e. targeting protocols not natively supported by the controller. His work has led to the development of an Android application called RadioSploit, which allows the integration of new offensive functionalities within the phone's Bluetooth controller, aimed at attacking 802.15.4 (Zigbee) networks as well as proprietary protocols such as Mosart or Enhanced ShockBurst, which are massively used by wireless keyboards and mice. In a context of rapid and massive expansion of connected objects, these works contribute to highlight the new threats related to the deployment of heterogeneous and co-existing wireless communication protocols in increasingly mobile, decentralized and dynamic environments.

His work were realized with his PhD directors Mohamed Kaâniche and Guillaume Auriol from the TSF team of LAAS-CNRS, in collaboration with Florent Galtier (PhD student in the TSF team), Vincent Nicomette (academic co-supervisor) and Géraldine Marconato from Apsys.Lab.

To the left on the picture: Florent Galtier ;  on the right: Romain Cayre