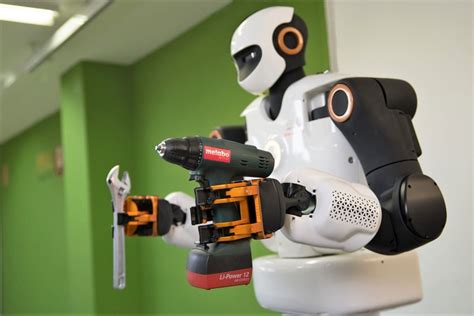 Planning real-time motions for robots as complex as humanoid robots in unknown environments remains out of reach to this day. Our work aims to make this goal achievable

This work is mainly carried out within the framework of theInstitut National d'Intelligence Artificielle et Naturelle de Toulouse (ANITI) in which Nicolas Mansard holds the Chair of Generation of Movements for complex robots. Olivier Stasse is co-chair . These activities are in line with the European MEMMO project.

The problem consists in automatically computing a collision-free motion for a multi-body system in an environment cluttered with obstacles. This problem can be broken down into various instances depending on whether the moving system is subject to kinematic or dynamic constraints. The latest work by the Gepetto team in this area focuses on manipulation planning. In this instance, objects are moved by robots. This implies specific constraints on the movements of the system: an object not held by a robot must remain motionless, an object held by a gripper is rigidly linked to this gripper.

The animation below displays a trajectory planned for two robots instructed to assemble two magnetic spheres to a cylinder.

Research on motion control are divided into several themes.

This work is integrated into the software platform Agimus.

The movie below illustrates this work on a deburing task with a mobile manipulator.