Aleksandra Marković, a PhD student from the MEMS team in LAAS-CNRS, has received the Best Poster Award at the 21st International Conference on Micro and Nanotechnology for Power Generation and Energy Conversion Applications (PowerMEMS 2022) which took place in Salt Lake City, Utah (USA) from December 12th to 15th 2022. 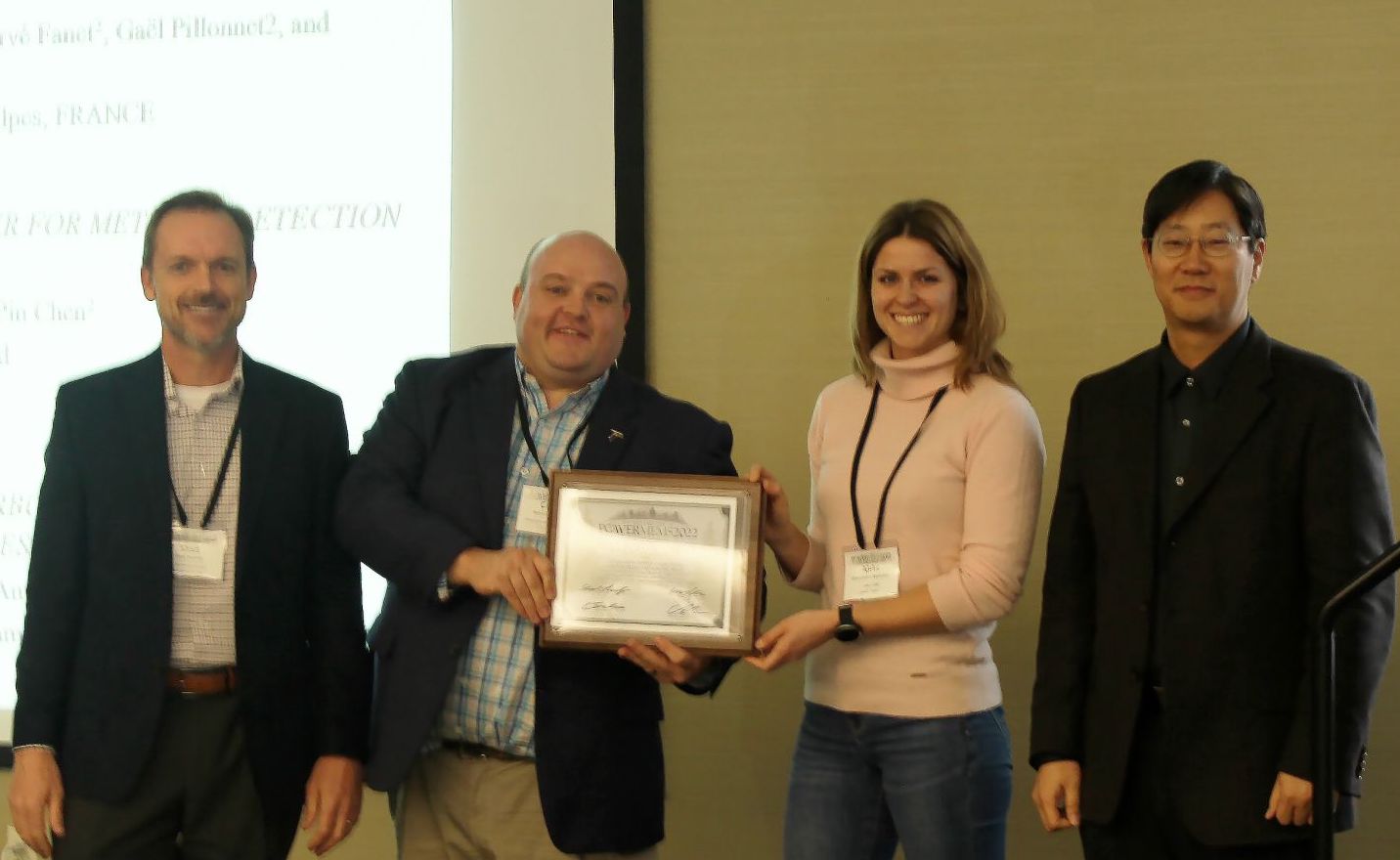 Aleksandra was awarded the prize for her work “ULTRA-LOW-POWER LOGIC WITH CONTACTLESS CAPACITIVE MEMS”, which is directed by Bernard Legrand (MEMS team, LAAS-CNRS). She is conducting her thesis work within the ANR-funded project ZerÔuate involving 4 laboratories: CEA-LETI, LAAS, ESYCOM and G2ELAB.

Aleksandra was one of the 45 posters presenters at the conference where she showed the new MEMS-based approach for coding of logic information. This novel concept, which is based on variable capacitors realized with comb-drive actuators, allows for dramatic reduction of energy dissipation and therefore power consumption compared to the state-of-the art MOSFET technology. Furthermore, it resolves the reliability issues in existing electromechanical logics based on N/MEMS relays.

The goal of her thesis is to develop logic gates based on contactless MEMS devices, which can perform all the basic Boolean operations and transfer the state between them, ultimately consuming less energy than the state-of-the-art technology.