Flows in porous media are ubiquitous in nature (soils), industry (building materials) or health (blood vessels). Our approach is to study these flows thanks to artificial microfabricated devices, in close collaboration with GEMP team at IMFT (Marc Prat, Paul Duru) and Sandrine Geoffroy at LMDC.

We specially focus on media with pore size lower than 100 nm, for which scaling laws may lead to original behavior. We study the flows in nanoporous model systems, in 2 dimensions, as it has been already performed at larger scale. A new fabrication process is developed to obtain nanochannels with non-uniform depth in one step. Imbibition experiments show a slowdown of kinetics with respect to macroscale hydrodynamic prediction. Numerical model shows that gas pressurization increases the gas transfer throw the liquid. Drainage experiments, performed in devices with pressure as high as 20 bars, show no significant deviation with larger pores: pore networks modeling with invasion percolation algorithm showed that the experimental invasion patterns correspond to those expected at micrometer scale. Evaporation in nanochannels reveals interesting kinetics of bubbles appearance and growth.

We also study salt crystallization at the scale of a micrometer pore, involved in conservation of cultural heritage or building salt weathering. Deformations induced by crystal growth were observed in PDMS-glass microfluidic devices. The crystal growth kinetics is measured at high acquisition rate and allows giving a new value of the kinetics of crystal growth, at least one order of magnitude higher than the ones used in literature. A numerical model is developed to predict the evolution of dissolved salt concentration during crystal growth. It allowed designing a phase diagram, which gives the condition to favors the stress generation by a crystal on a wall. 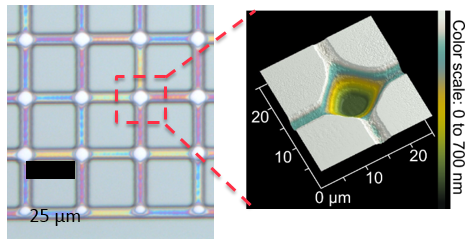 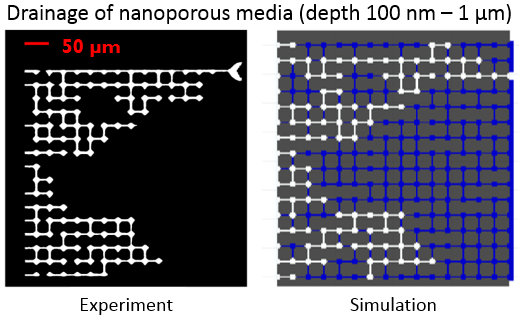 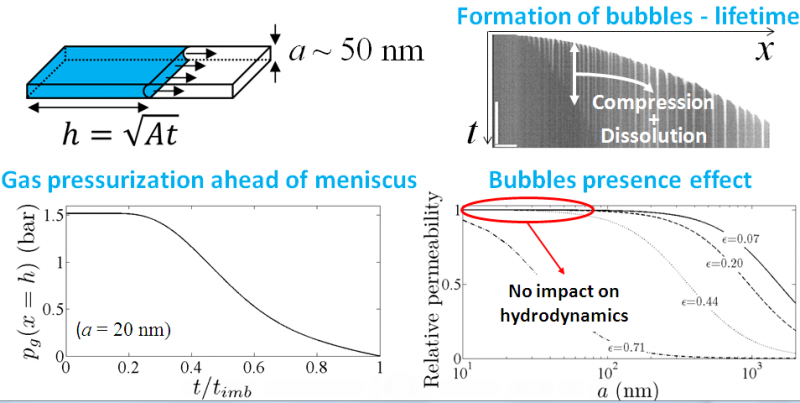