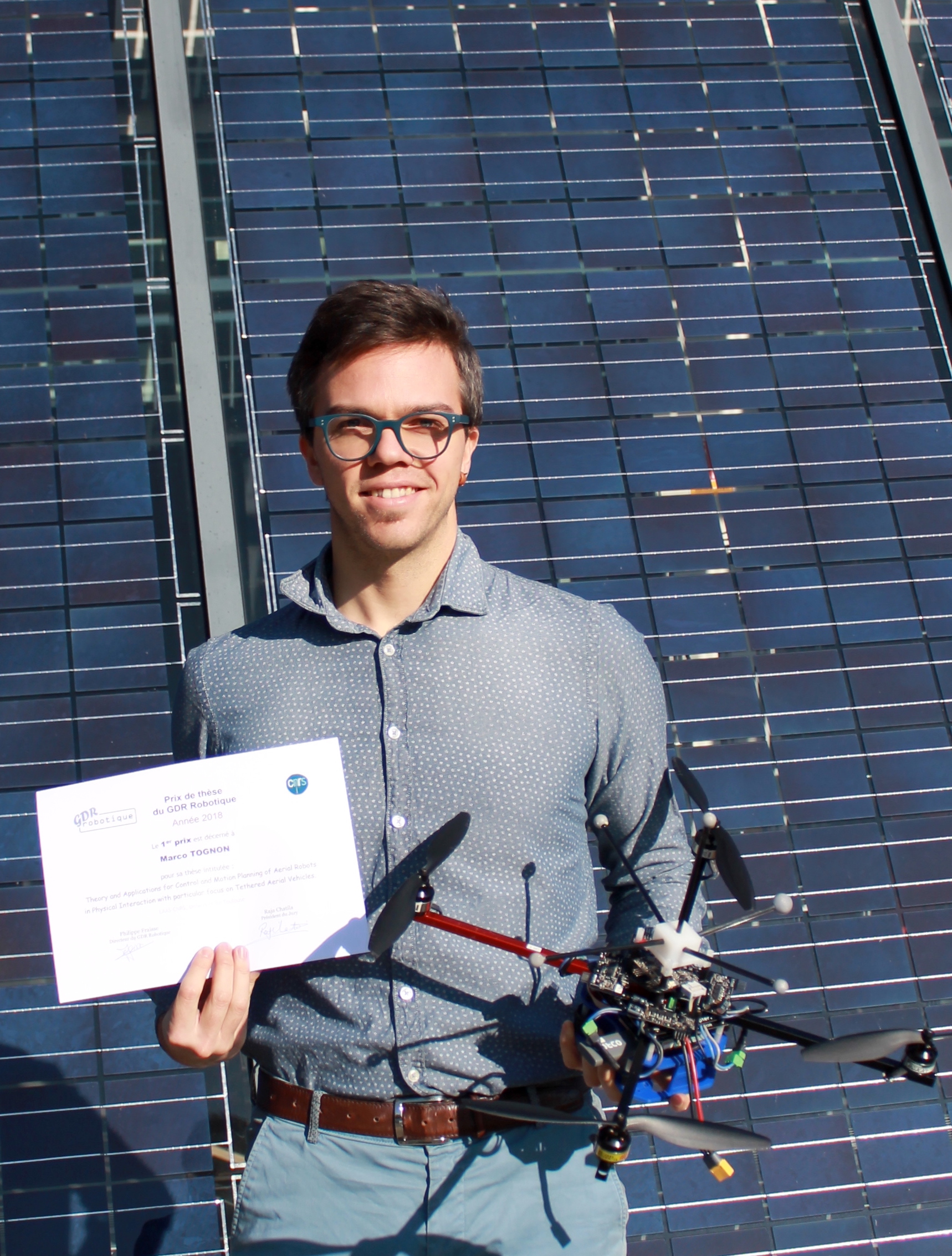 The 15th of October, Marco Tognon has been awarded the national Prize of Robotic GDR. This prize awards the best PhD thesis among the ones defended in 2018 in any lab and university in France in the field of Robotics.

The award has been announced and bestowed at Vittel, in the Vosges department, during the national robotics research days (Journées Nationales de la Recherche en Robotique - JNRR 2019).

His PhD thesis, entitled "Theory and Applications for Control and Motion Planning for Aerial Robots in Physical Interaction with particular focus on Tethered Aerial Vehicles", has been developed within the Robotics and InteractionS - RIS team, under the supervision of Antonio Franchi and Juan Cortes, and in the context of the AEROARMS EU H2020 project.

His work consists in the design of new control and motion planning methods for aerial robots. In fact, the applications of aerial vehicles grow every day both in number and typology. However, these are commonly limited to the perceptionof the environment without any contact or physical interaction. The challenge in the aerial physical interaction domain is the full exploitation of the aerial robot capabilities in order to make them able to interact with the environment (e.g., exchanging forces to push, pull and manipulate objects).

So, Marco Tognon provides new methodological and experimental results that will help to fill this important technological gap in such interdisciplinary domain that stands across robotics and aeronautics.