-  The John von Neumann Theory Prize, annualy awarded to a scholar (or scholars in the case of joint work) who has made fundamental, sustained contributions to theory in operations research and the management sciences;

- The Khachiyan Prize of the INFORMS Optimization Society, established in 2010 and awarded annually at the INFORMS Fall National Meeting to an individual or a team for life-time achievements in the area of optimization. The award recognizes a sustained career of scholarship from nominees who are still active at the year of the nomination. The prize serves as an esteemed recognition of innovativeness and impact in the area of optimization, including theory and applications. 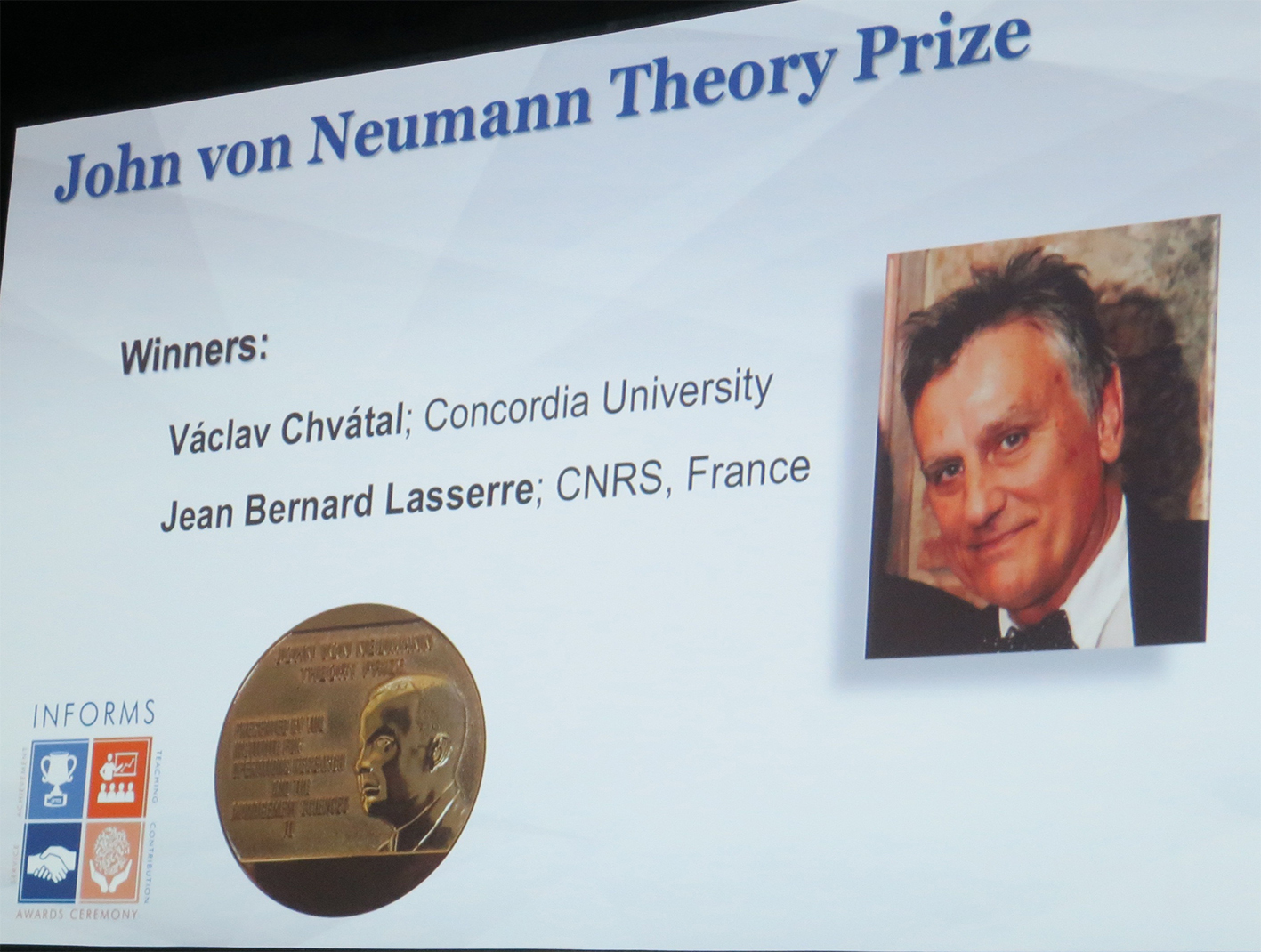