Microwaves and Optics: from Electromagnetism to Systems

Particle sensors based on micro-channel or semiconductor plates are used to detect and quantify both the density and energy of space particles (electrons, protons, heavy ions). The necessity to improve both spatial and spectral resolutions as well as noise performances requires the design of multichannel integrated electronics. As power consumption is an issue for space embedded system (also to avoid heating up the detectors close by), low power techniques should be employed. One of the challenge is thus to develop specific design methodologies (such as radiation  hardening  by  design (RHBD)) that should be employed in order to go beyond the performances obtained by circuits designed using dedicated space technologies without any compromise on the required radiation hardness level.

We are exploiting standard CMOS technology in order to design ASICs dedicated to sensors. Our Analog Front Ends circuits are designed to perfectly adapt the readout circuits to each sensor and can operate in harsh environment.

Technologies providing gate oxide thickness less than 10nm but thicker than 2nm should be chosen in order to be immune to total ionizing doze (tunneling effect) but also to be less prone to gate rupture phenomena due to heavy ions. They allow an interesting trade-off between dynamic output range and bandwidth.

Isolated technologies are preferred as they provide isolating wells that can be used to temper latch up events.
Specific layout topologies are required. For instance, regarding switches, enclosed NMOS transistor (to reduce further leakage currents) should be used when PMOS transistors (inherently immune to parasitic current leakage) cannot fulfill the requirements.

A 13 channel semiconductor sensor ASIC has been designed to fit the TARANIS (Tool for the Analysis of RAdiations from lightNIngs and Sprites) space mission. This ASIC is the readout circuit (including the analog front-end down to the analog to digital converter) for Si and CdTe semiconductor plate detectors.

It can detect electrons with energy ranging from 50keV to 4MeV with an equivalent input charge noise of 3100e- and a power consumption of 3mW/channel, which is a threefold improvement compared to the current discrete approaches in terms of power consumption.

A readout circuit for micro-channel plate detectors was also designed for observing solar wind. Such design is considered to be a serious candidate for future space mission such as Solar Probe + (NASA). It can achieve a total ionization dose higher than 360krad without any performance loss.

This ASIC present better performances than the Amptek A111, a commercialized noise optimized charge-sensitive CMOS amplifier for capacitive radiation detectors, used in most of universe observation missions. 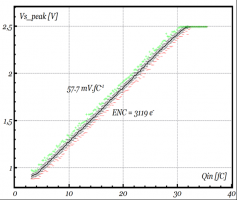 Linearity of the integrated circuit used for Si detectors. 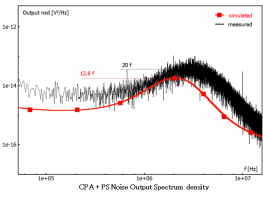 Measured and simulated noise performances of one integrated channel designed for a micro-channel plate.

We have also conceived the autofocus system of the ChemCam experience on-board of Curiosity, the NASA rover exploring Mars. 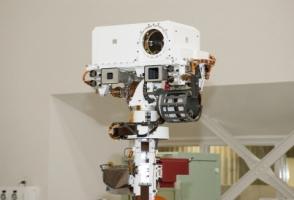