The Decision and Optimization (DO) department revolves around three disciplinary fields: Artificial Intelligence, Automatic Control and Operational Research. Scientific activities focus on the modelling and analysis of problems related to the control, supervision and optimization of dynamical systems along with the associated decision making. In particular, the different phases of the life-cycle of systems, associated to their definition, implementation, planning, scheduling, surveillance and maintenance are of interest. Problem-solving approaches that are used in DO quite naturally fall within the scope of Information Sciences while drawing some of its tools from Applied Mathematics. 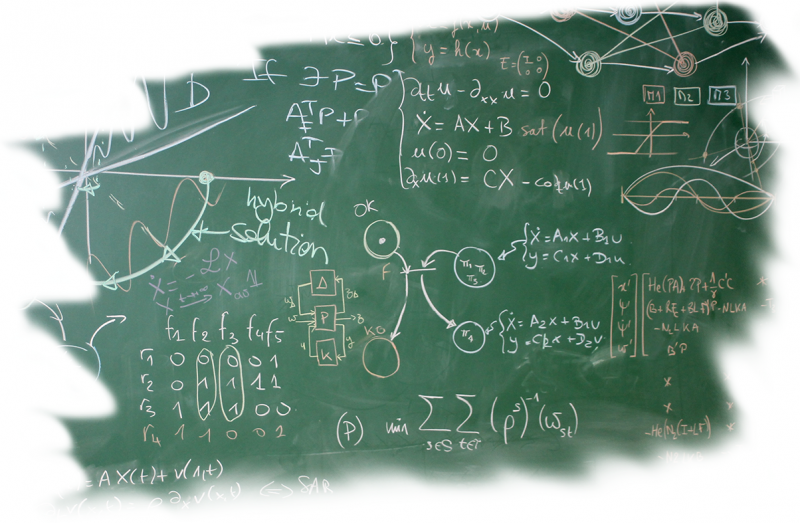 In every study, the members participating to DO share a common objective: Exhibit constructive theoretical conditions characterizing solutions to various control, diagnosis and optimization problems while providing effective efficient computational algorithms. In this scientific context, the objective of DO is to carry out impactful research which ranges from fundamental theory to applied engineering. It includes both the development of fundamental theory in control, diagnosis and optimization, and the application of advanced tools to practical problems.

This orientation is reflected in its income base which includes funding from projects involving the main operators of the aerospace domain (Airbus, Astrium, CNES, Eurocopter, MBDA, TAS and Google) and funding from government programs (ANR, PICS-CNRS, PEPS-CNRS, PIE-CNRS) or foundations (Simone and Cino del Duca foundation of the Institut de France, The Gaspard Monge Program for Optimization and operations research launched by EDF and the Jacques Hadamard Mathematical Foundation) and EU (Hycon, EDA NICE, ECO-INNOVERA), international programs (PCP, ECOS-Nord) or region bodies. The DO department is actively involved in the national programs such as GdR MACS, I3, ISI and RO.

The research conducted in DO is organized on the basis of three complementary topics: Control Theory which is at the core of MAC team activities, Diagnosis studied mainly in the DISCO team and Optimization Theory studied both in ROC team (discrete optimization) and MAC team (convex optimization).