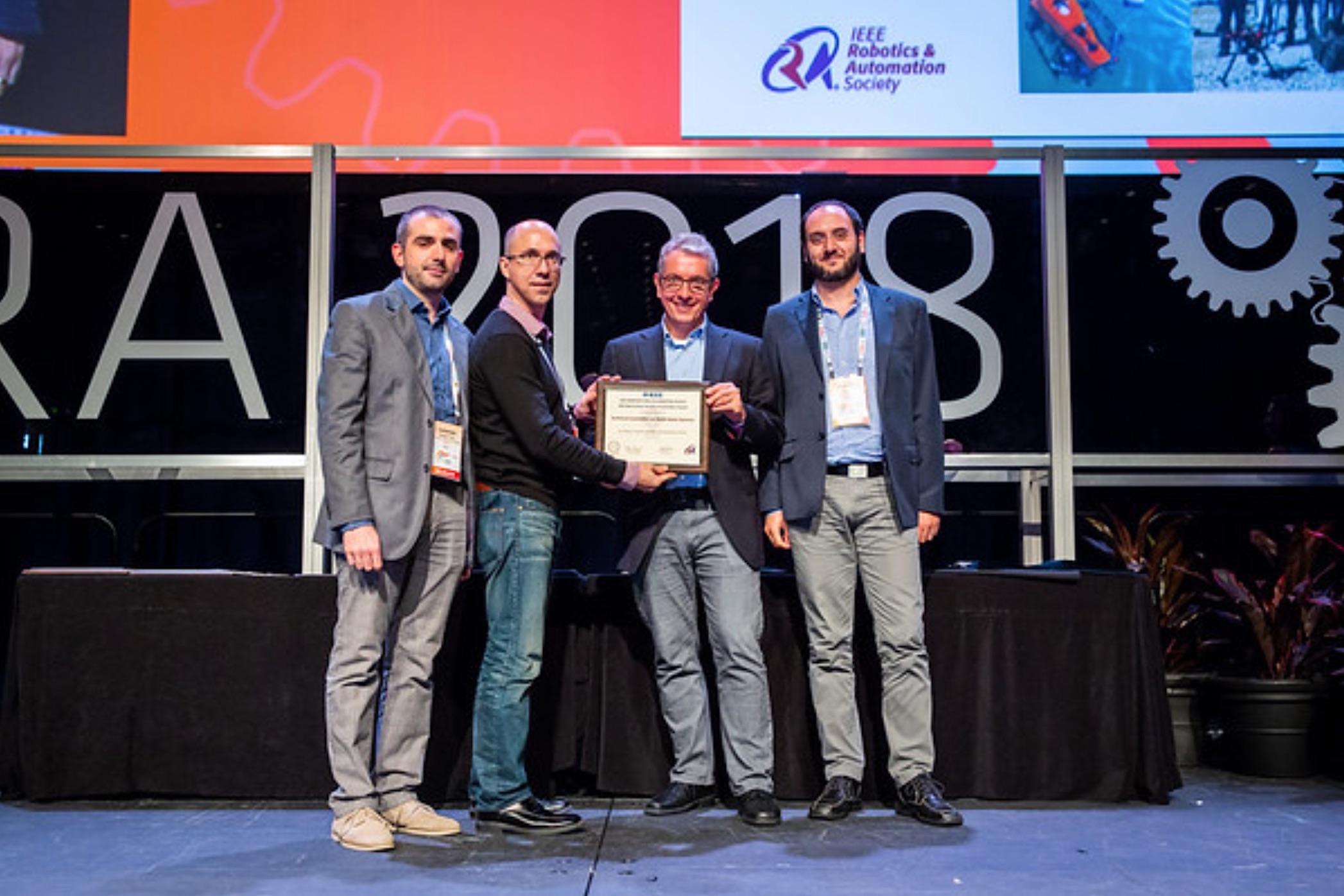 The award has been officially delivered by the President of the IEEE RAS, Wolfram Burgard, on May 24th 2018 in Brisbane, Australia, at the 2018 IEEE ICRA conference, the flagship IEEE conference on robotics hosting more than 3000 participants.

The IEEE RA Society counts more than 40 TC’s. Each TC is led by a small number of co-chairs (typically 3 or 4). The main role of a TC is to initiate, promote, and disseminate technical and scientific activities around a particular area of the Robotics and Automation domain. The award is given every year by a highly qualified committee of IEEE RAS to the TC which distinguishes itself in quality, number, and effectiveness of scientific and technical initiatives.

Antonio Franchi co-funded the TC on Multi-Robot Systems in 2014. In less then 3 years, more than 400 roboticists worldwide joined the TC as members (one of the highest number for a TC in RAS), and  a remarkable number of high impact initiatives have been carried on by the TC, such as:
— the creation of a new top-quality conference (MRS 2017),
— the creation of the ICRA Best Paper Award on Multi-Robot Systems sponsored by Amazon Robotics,
— the organization and support of more than 11 Workshops in the last 3 years,
— the Singapore MRS summer school, and
— the support of several publications in the field;
just to mention some of the activities.

The technical committee website is hosted by LAAS and managed by Antonio Franchi. This virtual place represents at date a fundamental hub for the interaction and dissemination of the worldwide research and innovation activities on multiple robot systems.