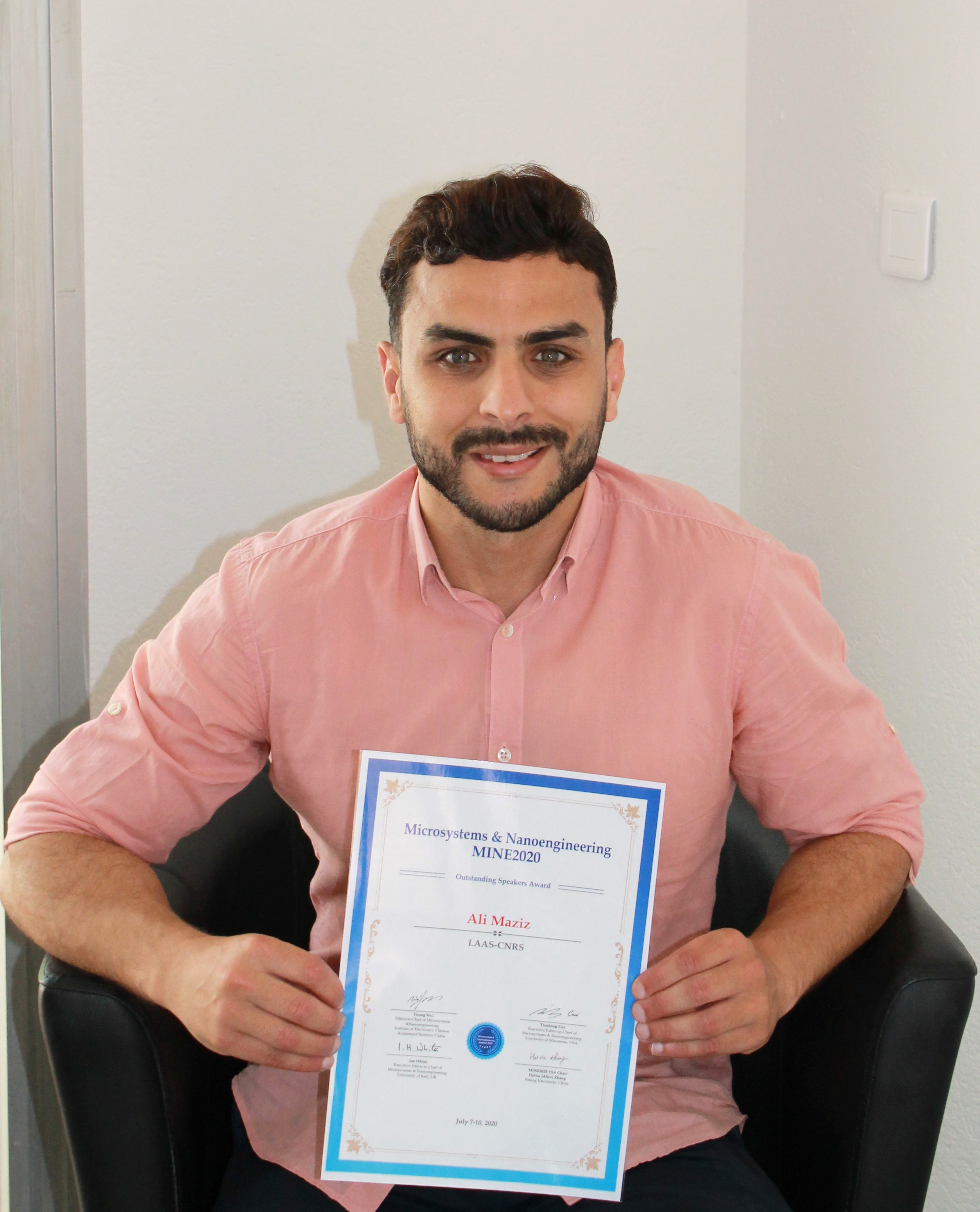 The July 10th, Ali Maziz, researcher within the Microelectromechanical systems – MEMS team, was awarded the MINE 2020 “Young Scientist Award”. This prize recognizes his outstanding achievements in the field of microsystems and bioelectronics and his excellent invited talk at the 7th Microsystems & Nanoengineering Summit.

This symposium intends to gather leading scientists in fields of Microsystems & Nanoengineering from around the world including young scientists and researchers to discuss the state-of-the-art and the future of micro- and nano-sensing technology. Hosted by the Aerospace Information Research Institute (AIR) and the Chinese Academy of Sciences (CAS), the conference was broadcast live, bringing together more than 25.800 attendees online. Ali is one of the 18 outstanding young scientist awards selected* by the meeting committee.

Ali Maziz has received his PhD in 2014 from the Institute of Materials in Chemistry, CY Cergy-Paris University and IEMN-CNRS, which was about developing soft conductive polymers for microsystems and bioelectronics applications. During his PhD period, he has received several europeans grants as a visiting researcher in both the Intelligent Materials and Systems Laboratory, Estonia and Linkoping University, Sweden. From 2014 to 2016, he joined the Biosensors and Bioelectronics Centre thanks to a Carl Tryggers Foundation grant. Then, he was distinguished “promising young research scientist” by the European Scientific Network for Artificial Muscles for his scientific contribution.

In 2018, Ali became a full CNRS researcher at LAAS-CNRS and develops implantable flexible electrodes for brain stimulation and neuroelectrochemical recordings. Currently, his research activities include biomaterials, biosensors, electroactive materials for bioelectronics and microsystems for neural implants for chronic applications.